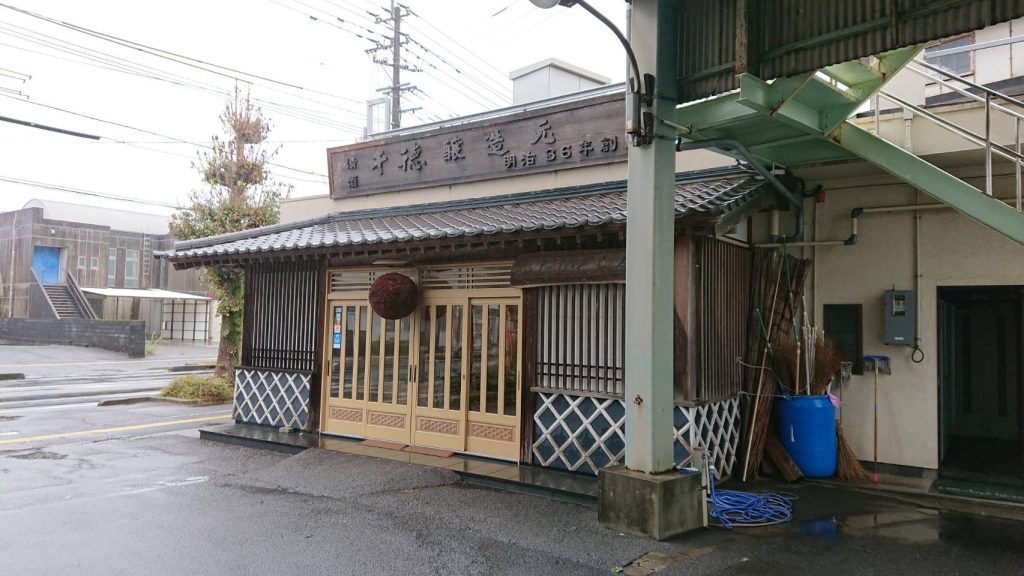 We visited Sentoku Brewery Co., Ltd. (Ose-cho), which was founded in 1903. In Miyazaki Prefecture, there are only two breweries that brew sake: Unkai Brewery in Aya Town and Sentoku Brewery in Nobeoka City, and only Sentoku Brewery specializes in brewing sake. When I drank sake from this brewery, I thought, “Miyazaki sake is delicious!” That’s why I came here.

I will reserve the schedule of the visit by e-mail, and visit the shop “Hanakagura-kan” of the meeting place. Mr. Kai of the brewer will guide us. First of all, we got a color diagram paper that outlines sake brewing. This is also on Sentoku Brewery’s website.

While watching the shaved rice, we will have a lecture of rice and refined rice. I was shown the rice that was actually milled and the powder that came out after being shaved. The rice that is the material of very beautiful sake was shown for each rice refined rate, and I realized how amazing it is that less than 50% of Daiginjo’s rice refined rice rate is. It is very white, and it seems fragile.

Rice is produced in Miyazaki Prefecture. The varieties were mainly “Yamada-nishiki” and “hanakagura”, which are suitable rice for brewing sake.

Water is using the unders flowing water from Gokase, and it is “soft water” with less minerals. It is said that soft water and stable brewing became possible around 1894, and Sentoku Brewery was founded less than 10 years after this technology was established.

The temperature of the preparation is generally said to be 8-15 degrees Celsius, and areas with low average temperatures in January are said to be suitable for brewing sake. In other words, Yatsushiro-gun, Kumamoto Prefecture, and Koyu-gun, Miyazaki Prefecture, have been the southern limits of the Japanese archipelago.

Nobeoka City is just north of this line, but I thought that temperature control of preparation was important to brew delicious sake. So I asked Mr. Kai how to adjust the preparation temperature. Then, he said that cold water was circulated as necessary to the black tubes covering the circumference of the preparation tank.

After that, he taught us the characteristics of brewing at each work place. The visitors were only me and my wife, so he taught us details such as the lives of the brewers. It was very interesting.

I bought it as a souvenir for my daughter. Their impression was very popular as “the sweetness of rice is alive” even if it is “a completely different taste from rice”, and “the smell and taste like chestnuts”. For the first time in my life, I felt that amazake was delicious.

In addition to amazake, I purchased several bottles of sake as souvenirs for myself. It is now stored in a cool and dark place in my house. I’m thinking of enjoying it carefully at a later date.

Thank you very much for a polite guidance! 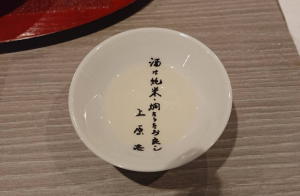 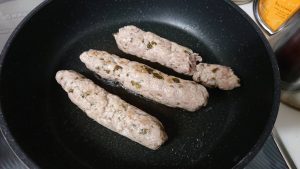