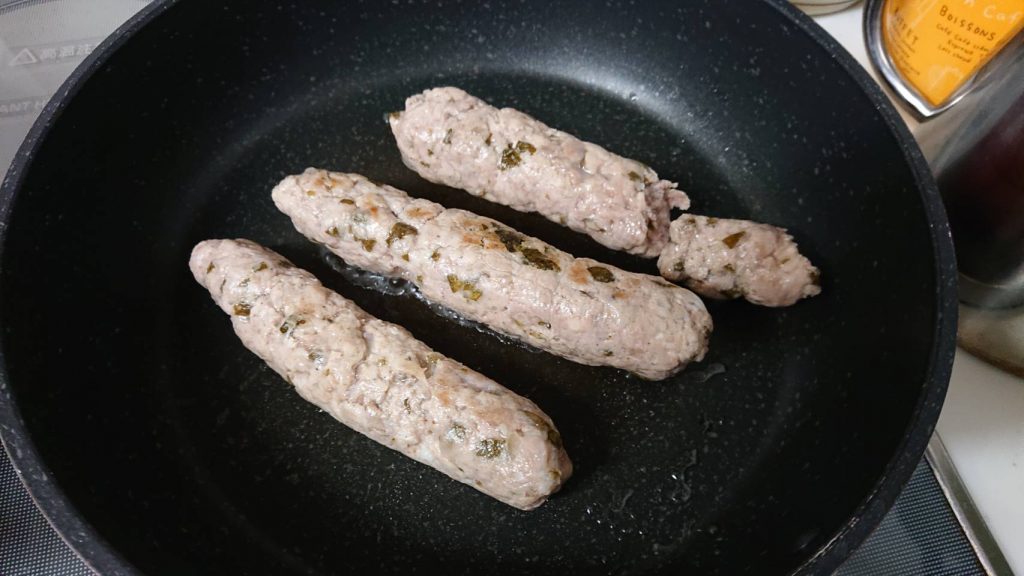 When I thought I had an enough time today, I suddenly wanted to make sausages.

The weight of the meat and the amount of salt are slightly different, but somehow I understood the atmosphere.

When I saw the recipe to put basil, I remembered that there was basil with strangely beautiful leaves, even though autumn came to the garden and flowers were attached, so I d like to put basil in it.

It was also because it was written with nutmeg.

The meat is the roughly crushed meat of the pig. I bought it at a supermarket in the neighborhood.

The salted intestines of the sheep … a little … I’m sure I’m going to eat it, but I’m not afraid, and I decided to go with a skin-less sausage.

Put the ingredients in a plastic bag and knead. The basil was chopped into small pieces, then cut into a shape and frozen Hebes, one of Japanese orange, were also chopped instead of lemon juice.

I wrapped it in a stick shape in a wrap and made it a little easier in the refrigerator.

I wrapped it further in aluminum foil and steamed it in a frying pan with hot water shallowly.

After it was cooked, I removed the foil and wrap and baked it in a frying pan.

Tonight’s proud dish is this sausage. After everyone went to work and school, I came up with it and made it secretly.

Then, on the way home from work, my husband Hijiki-san bought a German beer and came back.

I was happy. I don’t think we usually get to know each other, but did we get through on this day?

The azaleas are effective and the basil is refreshing. Arabish meat is very meaty, very delicious sausage and German beer. 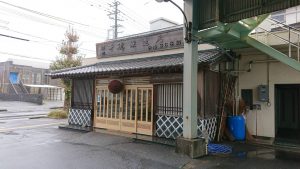 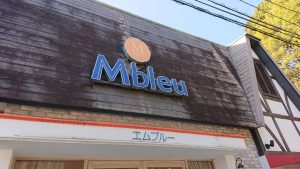